One of the many things I love about living abroad is the fact that the Embassy observes U.S. federal holidays as well as host country holidays.  Today is the commemoration of the Battle of San Jacinto, aka Nicaragua's Independence Day.  We wrapped up our workday early yesterday in order to head to an Embassy-hosted party at Casa Grande, a gorgeous old house on the compound that used to be the Ambassador's residence a few decades ago.  There was another caballo bayo, as well as quesillos. The organizers also arranged for a dance troupe from one of the local high schools to come and present several traditional Nicaraguan dances. 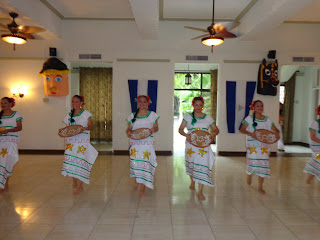 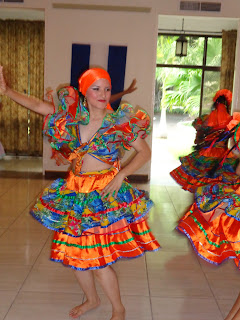 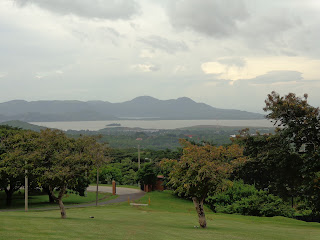 The view from the back side of Casa Grande.

The hill here is surprisingly steep, and it was just too tempting to resist...so the Mini-Menace and I launched ourselves rolling down the hill.  (Don't worry, Mom--I made sure the Ambassador wasn't anywhere in sight.)  It was so steep that we actually picked up speed on the way down and were thisclose to going completely out of control.  I considered it a total victory when (1) I didn't vomit afterwards and (2) other kids--and a mom--followed our lead. 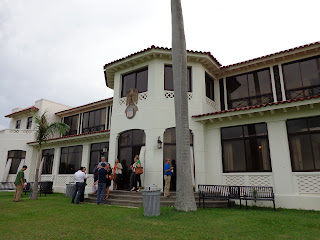 The back side of Casa Grande

This morning, since the Embassy and MM's school are closed, I dragged convinced the MM to go horseback riding.  He was nervous, but did great---didn't complain at all and, even more shocking, admitted that our hour-long ride through the countryside near Diriomo was "maybe kind of fun".  High praise from a 10 year old boy.  He'd better watch out, though, because now that I know he "maybe kind of"enjoys it, his butt is getting back in the saddle.  Hopefully, next time, he might actually LOOK like he's enjoying himself: 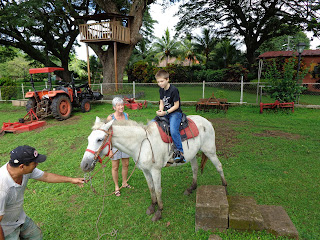 After the past week--which included an earthquake, a volcanic eruption, tsunami warnings, and the heartbreaking news from Libya,  this was exactly what I needed.
Posted by The Red Menace Abroad at 3:05 PM